Coppock MetaTrader indicator is an implementation of Edward Coppock’s famous Coppock curve indicator, which he invented in 1962. The indicator identifies long-term buy and sell opportunities (it is traditionally used only for buying) by calculating the weighted moving average (with a period of 10) of the sum of two rates of change (with a period of 14 and 11). It is the traditional version. You can change the parameters of the basic indicators in this MetaTrader version. This Coppock indicator is compatible with both MT4 and MT5. 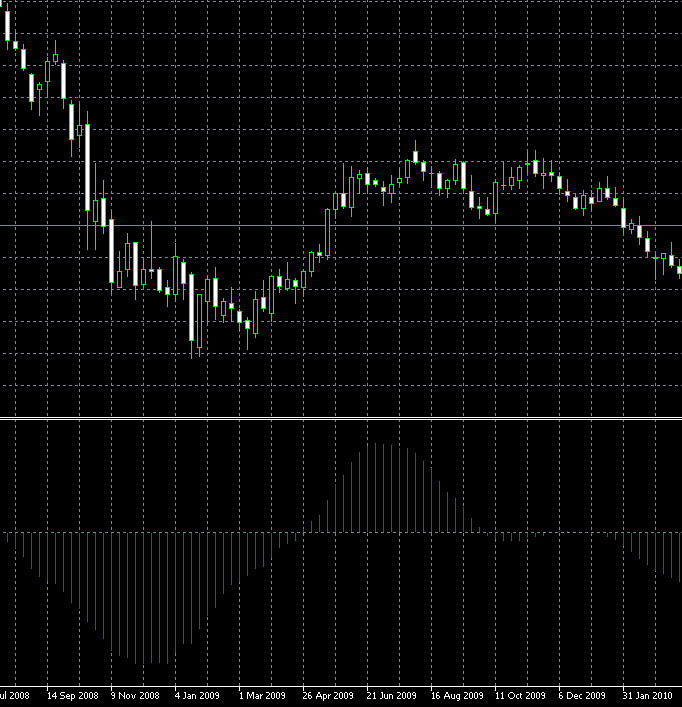 The main strategy when trading using the Coppock indicator is to buy when the curve starts rising from a trough below zero and to sell when the curve starts falling from a top above zero. Small tops and troughs (compared with the surrounding) are disregarded. The indicator helps to capture the trends in their early stages. But don’t expect to enter on the actual maximums and minimums with it.

Coppock for MetaTrader 4 in .zip

Coppock for MetaTrader 4 in .mq4

Coppock for MetaTrader 5 in .zip

Coppock for MetaTrader 5 in .mq5

The extreme spike indicator is a Metatrader indicator that detects market trend extreme high and extreme low spikes. It is...

Heiken Ashi Nave is a MetaTrader expert advisor that uses the platform’s standard indicator of the same name to implement...

PersistentAnti is a Forex expert adviser that takes advantage of the concept of trend persistence. The Forex market charts are...

Ichimoku Chikou Cross is a MetaTrader expert advisor based on standard Ichimoku Kinko Hyo indicator with default settings. Specifically, it...